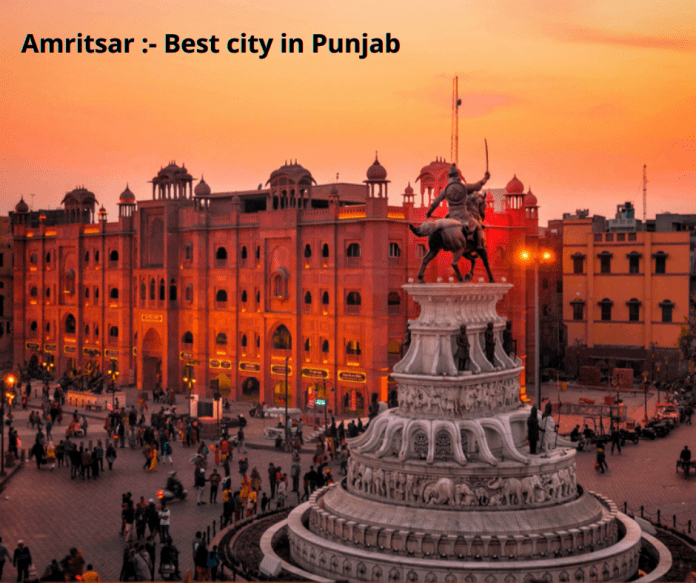 The majestic Golden Shrine, Sikhism’s holiest temple and one of India’s most tranquil and humbling panoramas, is located in Amritsar, the Best city in Punjab which was founded in 1577 by Guru Ram Das, the fourth Sikh guru. The hyperactive streets surrounding the temple have been calmed to some extent by recent urban landscaping, including graceful pedestrianized walkways, but duck into any side alley and you’ll soon discover Amritsar’s fantastically frenetic old-city bazaars, sheltering a sensory overload of sights, sounds, and smells. 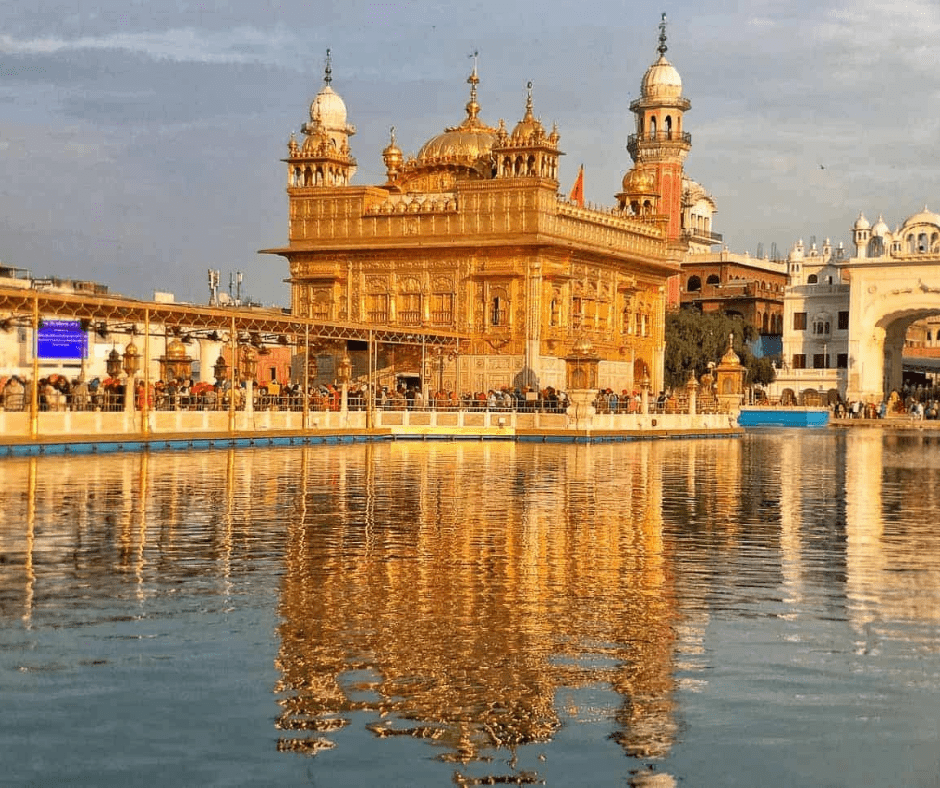 Amritsar, the Sikhs’ revered city, is known for its many attractions, including the Golden Temple, Jallianwala Bagh, and the Wagah Border. However, the city has earned a reputation as a lovely shopping destination throughout the years. At its vibrant bazaars, which are usually bustling with people, you may find a wide variety of shawls, footwear, rugs, and trendy as well as traditional apparel. The nicest aspect is that nothing is pricey! To round off your shopping adventure, you’ll get a sample of Amritsar’s delectable street cuisine. What more could you want? So, if you’re planning a trip to Amritsar’s tourist attractions, we recommend that you also spend some time exploring the city’s amazing marketplaces.

If you’re looking for low-cost shopping, visit to the busy textile market near Lahori Gate, an iconic landmark in Amritsar. This market has a wide range of stores and showrooms selling anything from ladies’ apparel, cotton suits, and dress materials to Pashima shawls. One thing to keep in mind while making a purchase here: don’t forget to haggle!

Like any other bustling Indian market, you’ll discover a wide range of street cuisine to tempt your taste buds, including kulcha, wadiyan, Amritsari papad, pickles, and handmade jams. The market also has some of Amritsar’s most prominent eateries, which serve a variety of cuisines.

Katra Jaimal Singh Bazaar is another popular shopping destination in Amritsar, with a large selection of sarees, Pashmina shawls, footwear, woodwork, jewellery, Phulkari design clothing materials, wedding apparel for men and women, and handicraft products. The streets here are crowded with clothes businesses and tailor shops that see a constant influx of customers.

In addition, this market has a lot of restaurants and food outlets where you can have real Amritsari Tandoori Chicken with paratha and a drink of Lassi.

Hall Bazaar is one of Amritsar’s oldest marketplaces, and it exudes a certain rustic appeal. This market, which is located on the road to the Golden Temple, is always bustling with tourists. The Hall Gate (also known as Gandhi Gate) is the market’s main entrance, and it contains Mughal-style architecture and a massive clock. Electronics, lights, clothing, fancy juttis, and, most significantly, Phulkari design gowns and dress materials may all be found at this market.

Walking about the market might be exhausting, so we recommend stopping by one of the local eateries for some real Amritsari Chhole Kulche, Lassi, and other delicacies.

Guru Bazaar, next to the Golden Temple and Guru Ka Mahal, is another historic bazaar in the city. So, if you’re visiting either of these locations, stop by our bazaar for a fun shopping experience. It is a popular among women since they can get the greatest gold and silver jewellery here, particularly the traditional Jadau jewellery. In this market, there are around 2500 stores offering not just jewellery but also clay lamps, diyas, and idols of Hindu Gods and Goddesses.

Shastri Market, near Guru Bazaar, is a lively shopping centre in Amritsar known for selling a variety of jewellery goods, and ladies can be seen coming here all day. The tourist traffic in this market is high due to its closeness to the Golden Temple. There are several wholesale stores in this market that sell clothing and textiles, as well as traditional juttis and ethnic apparel.

Lawrence Road is an excellent choice if you want to shop and eat delicious meals at the same time! A variety of stores on Lawrence Road sell carpets, shawls, bangles, woollen apparel, traditional attire, and branded goods.

Another popular shopping attraction in Amritsar is Kapda Bazaar, which specialises in traditional clothing. Colorful Patiala salwar and salwar suits with beautiful Phulkari embroidery can be found in practically every shop at this market; they are definitely worth investing in! Bracelets, bangles, earrings, and bindis are among the numerous products available. As a result, this is one of those areas in the city where ladies love to return!

The Old City of Amritsar is stunning, and touring it should be on your list of things to do in Amritsar. Head to the Old City Bazaar to purchase for juttis, jewellery, bangles, and traditional attire after meandering through the city’s tiny streets and admiring its age-old Havelis and heritage sites.

Apart from these traditional marketplaces, which provide everything you would want to take home from the city, you might also want to visit Amritsar’s shopping malls to spend on some branded things.