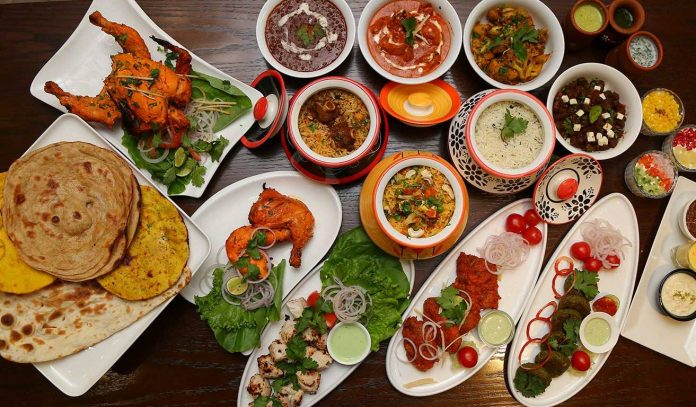 The word Punjab comes from the combination of the two-word Panj(5)+aab(water) which means the land of 5 rivers are Jhelum, Chenab, Ravi, Sutlej, and Beas. Also, there are lots of Agricultural lands.

And the most interesting thing is its scrumptious food. People of different states love to eat various famous Dishes of Punjab like Sarson Da Saag, Tandoori Chicken, Shami Kebab, Makki di Roti, lassi, and of course various pickles that rule over the hearts of all food lovers. The culinary practices of the state are simple, homely but finger-licking in their own way. Punjabi cuisine is known for its rich, buttery flavors along with the extensive vegetarian and non-vegetarian dishes. One of its main features is its variants of dishes.

Here are the famous Dishes of Punjab describe below to make your mouth filled with water.

Sarso ka Saag and Makki di Roti is simply the right example of a dish eaten daily in the house of Punjabis, particularly during winters. But when some guest that lives out of Punjab they want to eat it daily as they miss the taste of pure saag in big cities. It is usually consumed with white butter or ghee, and jaggery. This provides all the essential nutrients that it requires during the winters to your body.

The most common drink all over Punjab and of many parts of North India is Lassi that brings freshness to the body. In Punjab people who live in the village love to drink it in the morning afternoon or evening also. They can have it any time of day. It is generally served in huge glasses and topped with cream or white butter to make it rich. It is available in different flavors’ but one of the favorite flavors among all is the lassi with salt that tastes awesome. 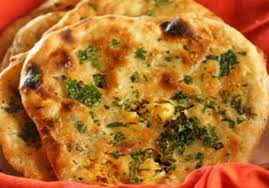 Amritsari Kulcha is described as an area of variation of the famous naan. Known for its spicy taste and crispy texture, the dish is out there in numerous variants like Aloo Kulcha, Masala Kulcha, Paneer Kulcha, etc. it’s generally eaten with chole/chana and a glass of lassi. Every age people love to have it when they feel hungry. But now the trend has changed youngsters have it in the evening when they out for relaxation and for enjoying it by eating it with butter or catch-up (tomato sauce). 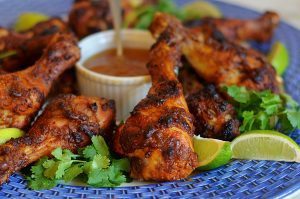 A mouthwatering dish, Tandoori Chicken consists of moderate-sized pieces of chicken marinated in curd, seasoned with the tandoori masala,ginger-garlic paste, and various spices. The chicken is cooked in a tandoor by placing it on skewers. There are various places in Punjab where you can have tandoori chicken and naan. 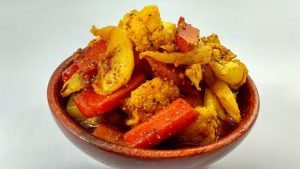 This pickle is a gift of grandmothers as they make these pickles for us. It comprises cauliflower carrot and turnip. People used to eat it in winters with pronthas and have it with various foods. This is a mixture of sweet salt and sour product and it is served at various restaurants they use those ingredients which are instant and also be taken or eaten instantly. 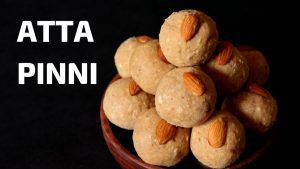 Pinni is a sweet dish that is made with various types of ingredients. This dish is served with milk or tea. It is made up of Rava, wheat, roasted flax seeds, and many more flavors. It also required dry fruits which makes it more delicious. It is also very good for old age people as it has health benefits also it contains dairy products.