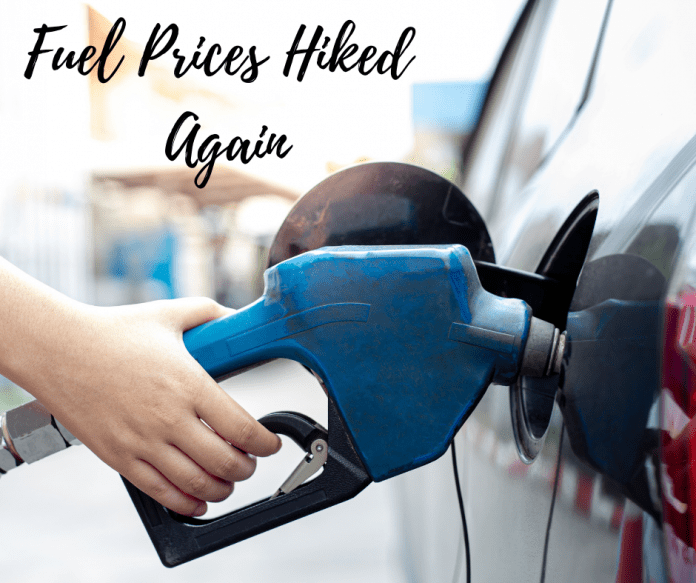 Fuel Prices Hiked Again. As you see the people of India suffer a lot as the prices of everything surge again and again.

Petrol and diesel prices have both increased by 80 paise, bringing the total rise to Rs 10 per litre.

On Wednesday, the price of petrol and diesel was increased by 80 paise per litre, bringing the total rise in rates in the previous two weeks to Rs 10 per litre.

Aside from the near-constant hike in petrol and diesel prices, Indraprastha Gas has raised CNG pricing in and around Delhi by 2.5 per kg. In Mumbai, CNG car owners have been given some relief in recent days, with MGL dropping rates for the fuel by 6 per kg to 60 per kg from April 1, owing to a reduction in VAT from 13.5 percent to 3 percent by the state government.

Rates have been raised across the country, and they differ by state, based on the amount of municipal taxation.

This is the 14th price increase since the end of a four-and-a-half-month rate adjustment break on March 22.

In related developments, Petroleum Minister Hardeep Singh Puri told the Lok Sabha on Tuesday that, in the aftermath of the Russia-Ukraine conflict, fuel prices in India had risen by only 5%, compared to over 50% in some industrialised nations.

Petrol and gasoline prices have risen by Rs 9.20 per litre in total.