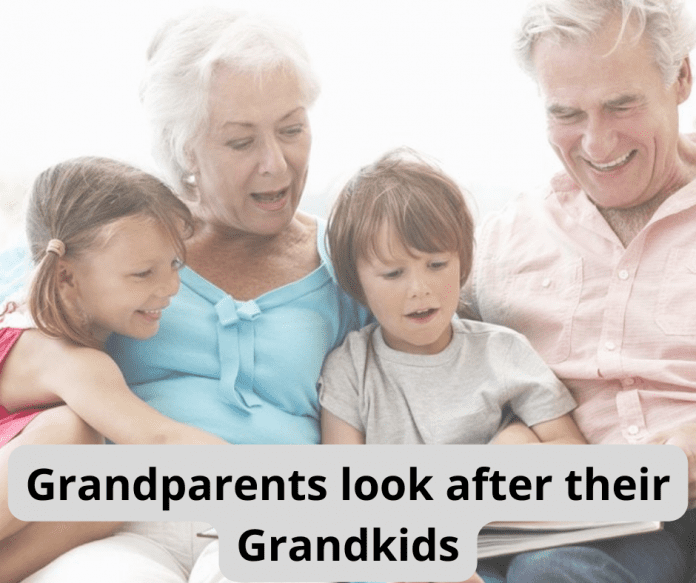 At this point in your life, you probably didn’t see this coming. You’ve already reared your own children. You’re in your 50s or 60s, and you may not have the energy levels you used to have. Your grandkids have now moved in with you full-time, potentially owing to a variety of painful causes beyond your control. The Grandparents look after their Grandkids with full care and affection.

Across the country, more than 2.4 million grandparents have stepped in to help their grandkids by welcoming them into their homes and raising them as their own. If you’re one of the grandparents in this situation, you’re probably consumed by seemingly endless financial worries. The following suggestions may be useful.

Grandparents may look after a child for a variety of reasons.

A grandmother may offer essential care for a grandchild for a variety of reasons, including:

Grandparenting and Raising a Child

Attitude modification – Grandparents frequently view later life as a time to enjoy the pleasures of grandkids without many duties. It usually takes some time to adjust to your new job as primary caregiver. It may also necessitate numerous changes in life planning, ranging from finances to career changes to relocation and lifestyle changes.

Grandparents who are active in the upbringing of grandkids typically experience a stronger feeling of purpose in their own lives. While the transformation may not be expected, most grandparents who care for grandkids report feeling more fulfilled in life as a result of their responsibilities.

Need for help :- The support needs of grandparents raising grandchildren typically expand. Providing for educational fees, children’s medical requirements, discipline and counselling, and other duties necessitates the assistance and encouragement of others.

Increased stress :- Raising children comes with its own set of challenges, from fulfilling basic necessities to ensuring that schoolwork is completed. Due to financial worries, physical restrictions, or adapting to transitions, grandparents raising grandchildren may endure much greater stress than other caregivers. Grandparents in this position require assistance in maintaining their physical and mental health.

It is very difficult for grandparents to live with Today’s generation but they try to fulfil all the demands of their grandchildren. And they proved to be the best role model for parents as well.

10 Tips for Teaching Your Child to Cook

TEACHING RESPONSIBILITY TO YOUR CHILDREN

7 Do’s and Don’ts of Raising a Happy Child