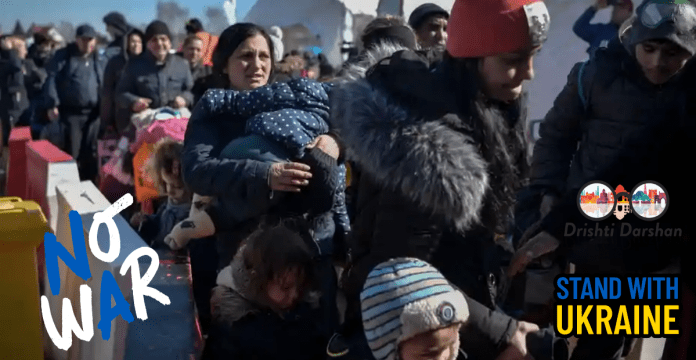 As Russia strikes near the Polish border, Zelensky issues a warning to NATO


The United States and its European allies have provided Ukraine with financial and military assistance, as well as placed unprecedented economic sanctions on Russia.
As The Russia-Ukraine war took place.

Following an airstrike near the Polish border that targeted a Ukrainian military base, Ukrainian President Volodymyr Zelensky warned NATO countries that they will soon be attacked by Russian forces. However, officials in Mariupol, a major southern port city experiencing extreme hardship as a result of a lengthy siege, have reported that the death toll has surpassed 2,000.

While western Ukraine has been mostly spared so far, Russian bombings overnight Saturday and Sunday brought the battle well into the west, killing 35 people and injuring 134 at a military camp near Yavoriv, outside of Lviv, which is dangerously close to the EU and NATO member Poland’s border.

“It’s just a matter of time until Russian missiles fall on your area, NATO territory, NATO people’ homes,” Zelensky said in a video speech aired shortly after midnight, imploring NATO to enforce a no-fly zone over his nation.

The United States and its European allies have supplied money and military help to Ukraine, as well as imposing unprecedented economic penalties on Russia.

According to the company’s chief executive, Ukraine’s military ministry began utilising Clearview AI’s face recognition technology on Saturday, after the US firm volunteered to find Russian perpetrators, battle disinformation, and identify the deceased.

Ukraine will get free access to Clearview AI’s strong face search engine, which may be used to evaluate persons of interest at checkpoints, among other things, according to Lee Wolosky, a Clearview consultant and former US ambassador under Presidents Barack Obama and Joe Biden.

According to a copy obtained by Reuters, the preparations began to take shape when Russia invaded Ukraine, and Clearview Chief Executive Hoan Ton-That addressed a letter to Kyiv offering aid.

Students have returned from Ukraine