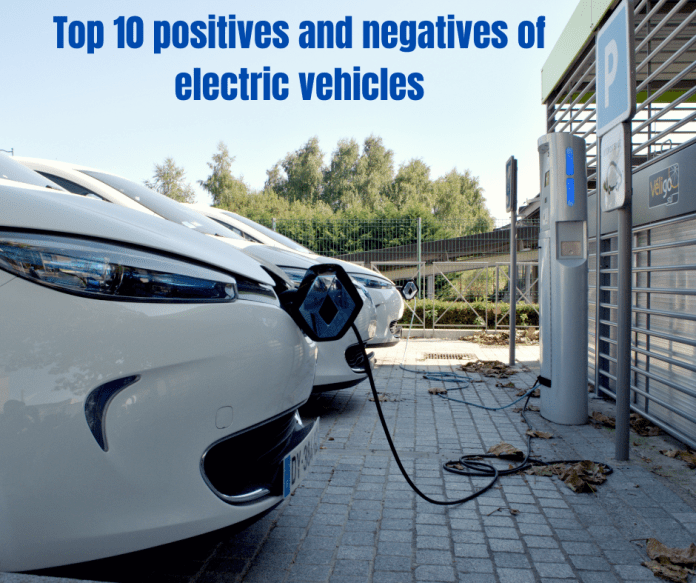 Electric vehicles have become more widespread, with sleeker, more economical versions available. Numerous buyers are uninformed of their possibilities, aside from the many newly announced carmakers going all-electric because electric car models are younger than their gas-powered counterparts. There are top 10 Positives and negatives of electric vehicles which are defined below with well-explained points.

Electric automobiles provide several benefits to car owners searching for a low-maintenance alternative to their gas-powered vehicles. If you’re concerned about not being able to commit to charging your car, you may choose to continue with your gas automobile for the time being. When weighing the advantages of electric vehicles over conventional automobiles, keep the following benefits in mind:

In the long term, recharging an electric automobile is substantially less expensive than fuelling a gas-powered vehicle. This is especially true when you consider that you may charge your electric car at home and receive tax savings by establishing a solar-powered carport or utilising solar panels to generate electricity.

According to the Environmental Protection Agency, a typical gas-fuelled passenger vehicle with a 22-mile range generates an average of 4.6 metric tonnes of CO2 each year. Electric automobiles that are not hybrids release no CO2 or other greenhouse emissions, making them far more ecologically beneficial. Using renewable energy, such as solar, to charge electric automobiles assures that no CO2 is released during any period of vehicle operation.

Mechanical engines feature several moving parts, such as pumps and valves, as well as fluids that must be changed. Consider regular oil changes, which electric cars lack. Electric cars require less maintenance since they have fewer components that need to be replaced. It also run longer than gasoline-powered vehicles due to reduced wear and tear.

Electric automobiles are recognised for running smoothly and silently due to the lack of an exhaust system. Traditional gas engines are substantially noisier than electric crossover and SUV versions, resulting in less noise pollution and a more peaceful ride. Electric motors also react considerably faster than mechanical engines, resulting in higher torque and manoeuvrability when driving. Furthermore, in stop-and-go city traffic, electric automobiles are more efficient and require less energy.

Many people wrongly believe that electric automobiles are more inconvenient since charging facilities are harder to come by than petrol outlets. However, the ability to charge electric vehicles at home is a significant benefit, and more charging stations for Tesla and other brands are being added to the country every week. Some modern electric cars even feature voice-activated navigation systems, so you can just ask where a charging station is and the car will direct you there.

Because electric vehicles are quieter, they minimise noise pollution. Over longer distances, electric motors can give a smoother ride and quicker acceleration. Many electric car owners claim to have saved tens of thousands every year.


Electric vehicles are subjected to the same fitness and testing protocols as gasoline-powered vehicles. Because electric cars have a lower centre of gravity, they are significantly more stable on the road in the event of an accident. In the event of a collision, airbags will deploy and the battery’s power will be disconnected. This can help you and your fellow passengers avoid major harm. In the absence of any flammable fuel or gas, they are even less likely to detonate.

The popularity of electric vehicles is expanding. According to Wikipedia, it is roughly three times more efficient than internal combustion engines. With increased popularity, all new sorts of automobiles that are unique are being introduced to the market, presenting you with a plethora of options in the future. 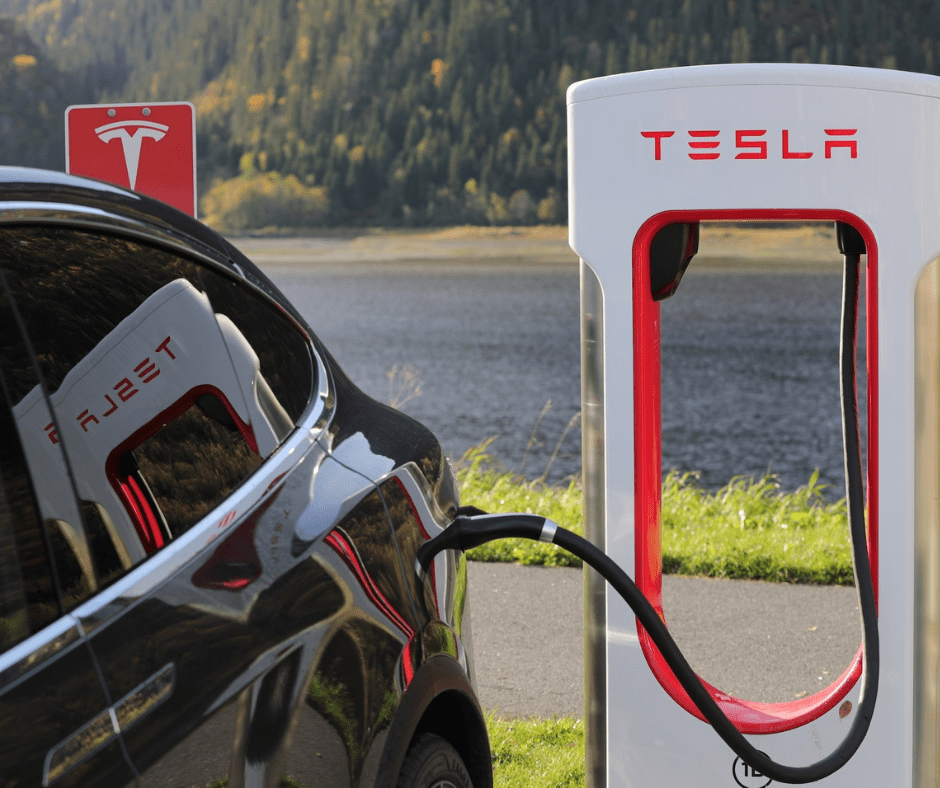 Electric automobiles offer many benefits, but they also have certain disadvantages. The following are some of the drawbacks of electric vehicles.

Recharging an electric car takes longer, especially if the battery is entirely depleted. Adding gasoline to a car’s tank takes less than five minutes. It might take up to two days to fully charge a battery pack using normal outlets, depending on the vehicle and battery size. Even the quickest charging stations will take 30 minutes to reach 80 percent capacity.

The range of a gasoline-powered vehicle is significantly longer than that of an electric vehicle, which can range from 100 to 400 miles depending on the type. This may be a concern if you’re planning a long trip, but typical commutes should be OK if you charge your car every night.

Although fuel savings and tax incentives can help offset the cost of an electric car, the upfront cost of most electric automobiles is greater than equivalent gas-powered vehicles.

Although most electric cars require little maintenance, don’t be surprised if the battery pack needs to be replaced at least once throughout its lifetime. It can be expensive, but it’s worth mentioning that the price has dropped significantly in recent years.

Silence might be a disadvantage since people prefer to hear noises coming from behind them. However, an electric automobile is silent and, in rare situations, can cause accidents.

The bulk of electric vehicles now on the market are small and only have two seats. They are not designed for a whole family, and adding a third passenger may make the other two passengers uncomfortable.


Electric car sales are increasing and showing no signs of slowing down. However, there are fewer options for customising and selecting your EV’s looks.

Grandparents look after their Grandkids