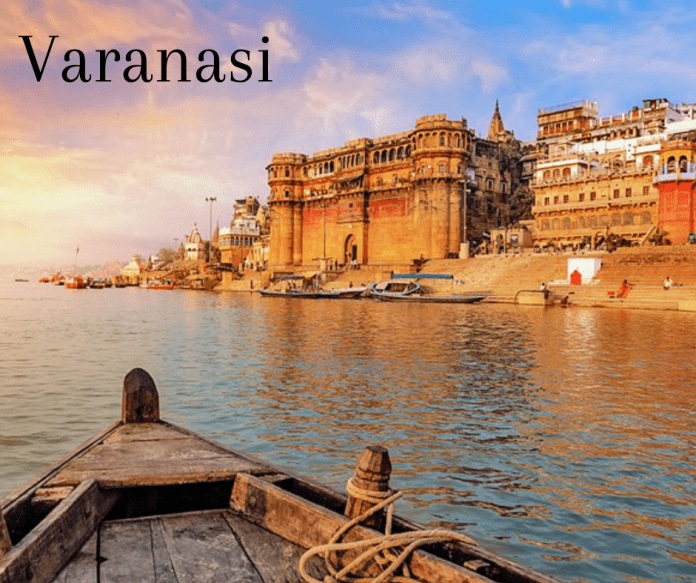 We lead you beyond the Ghats to temples and Buddhist landmarks, as well as to wrestling contests and mouth-watering street cuisine. Varanasi, also known as Banaras or Kashi by locals, is the holiest of all Hindu sacred sites. It’s also one of the world’s oldest continuously inhabited sites.

The Ghats and the Ganges: A Cultural Journey

Varanasi has 87 Ghats (riverfront stairs or stairwells along the banks of the Ganges), and taking a boat trip is the best way to see them all at once.

Spend some time in the Dashashwamedh Ghats, Varanasi’s biggest ghat, which is usually bustling with activity, if you want to immerse yourself in Hindu culture.

The nightly aarti (prayer) event is the main attraction here. It’s a stunning show that’s best seen from the water.

Another famous ghat to visit is Assi Ghats, where people practise many of their daily rituals and meditations.

Finally, Manikarnika Ghats, the most mysterious of all Ghats, is where Hindu cremations take place.

Every day, hundreds of pyres are burned, and the ashes are then flown into the Ganges. A cremation like this is known as Moksh, which means ultimate liberation, and Hindus believe it frees the soul from the cycle of life and death.

Many people may be seen bathing in the Ganges while visiting the Ghats. That, too, is a religious concept that signifies the forgiveness of one’s misdeeds.

Visiting Hindu Temples is a great way to learn about Hinduism

The largest temple, Kashi Vishwanath Temple, attracts thousands of Hindu worshippers to the spiritual city each year. The Kaal Bhairav Temple, one of Varanasi’s oldest Shiva temples, is definitely worth a visit.

Lord Shiva is the principal god of both temples, as well as Varanasi itself. Keep in mind that valuables like cameras and telephones are not permitted within the temples, so keep them hidden.

Varanasi is also significant for Buddhism

Varanasi is not just significant to Hindus, but it is also significant to Buddhists. You may visit Sarnath in less than an hour’s journey from Varanasi. This is one of the four Buddhist pilgrimage sites, and it is where Lord Buddha gave his first sermon.

Do you want to do anything enjoyable? Wrestling, perhaps?

You should go to the akharas if you appreciate wrestling. Traditional wrestling arenas may be seen in portions of north India. Along the Ghats, there are several akharas, each with its unique tradition and flair. The fights take place around 8 a.m. in the morning and at 5 p.m. in the evening. It’s entertaining to observe and provides a unique opportunity for photographers to get unique images of Varanasi.

The major market of Varanasi is located just outside the Dashashwamedh Ghat. You may buy the traditional Banarasi Sari or faux jewels made locally. Alternatively, skip the shopping and load yourself on mouth-watering street cuisine.

Finally, avoid the intoxicating bhang drink, which is produced from cannabis leaves, because the effects can last for days, depending on how much of the substance is consumed.